We have made a good start to 2016 at the shows.  Our dear GMC Spitfire once again excelled himself by winning BIS Non-Pedigree for the second year running at the Cameo, Pewter and SmokeCS Show back in January. 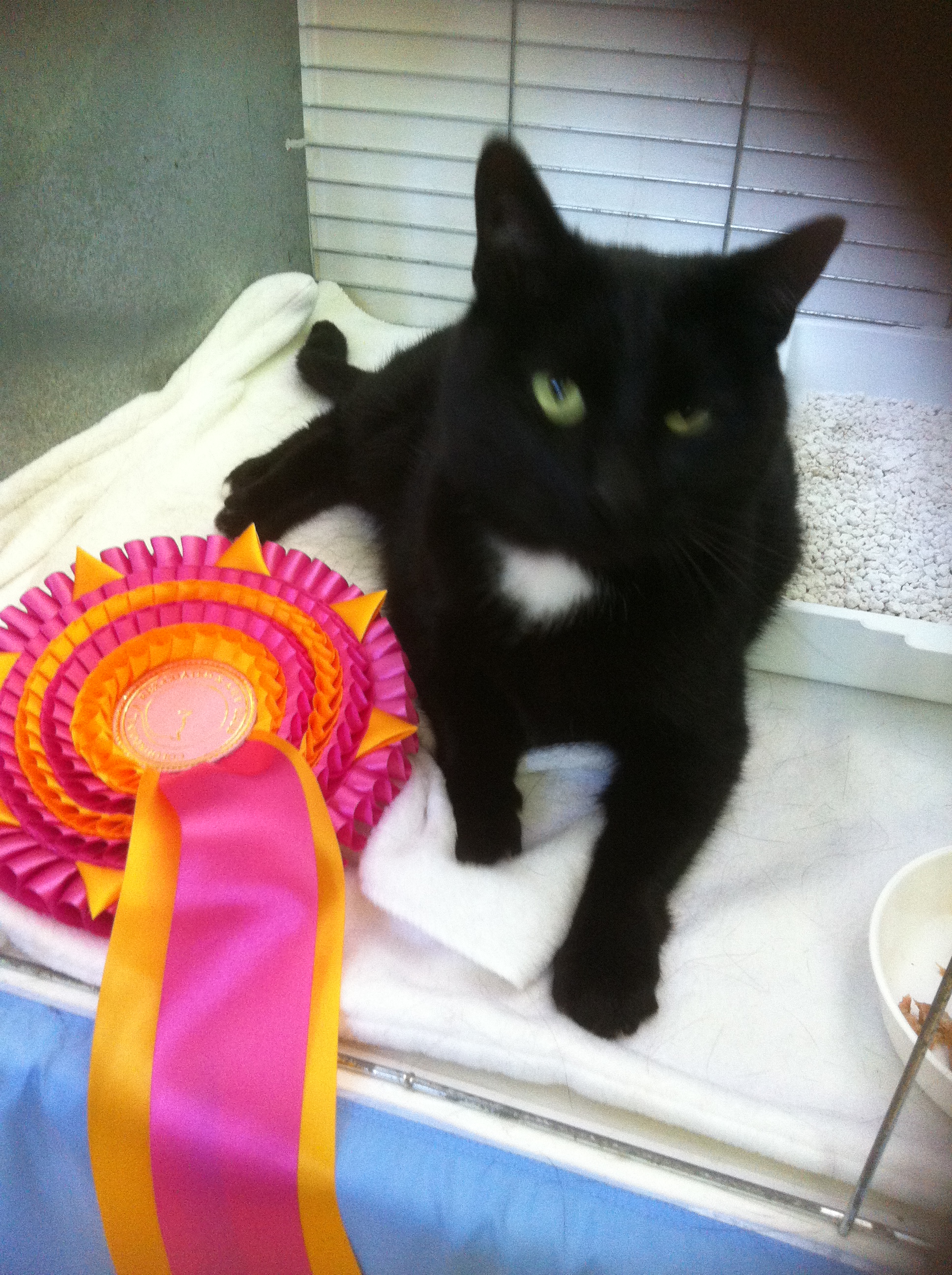 Harley (Gr Ch Starwinds Noir-Diamond) who was retired last Autumn is thoroughly enjoying his new career as a show neuter and has been made up to Premier in 3 straight shows in the space of 2 weeks. He was also BOB at all three ie Coventry and Leicester, Herts and Middlesex and Lancs. He just loves his days out and makes a great fuss of everyone! Harley is not being rehomed as I love him to bits!

Little Annie (Tobysden Tsarena Anastasia) has been flying high in the HP section and was made up to Bronze Olympian at the Lancs at just 22 months of age!

Skye's two kittens, Tobysden Glacia and Tobysden Kodiak from her October 2015 litter have also done amazingly well for their new owners winning their breed classes and several BOB awards at the early shows.  Glacia excelled herself to won Best of Variety Foreign Kitten at the Lancs CC Show on March 12th. I think she may be the very first silver snow Bengal kitten to win such a high award!  Very well done to Emma and Helena for showing them both so well. 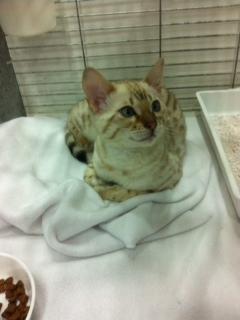 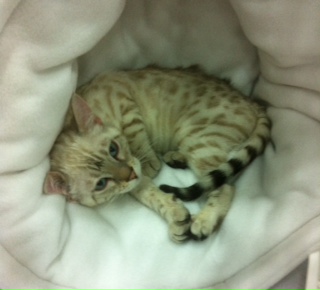 I must also mention my darling Toyger Ted who has been out on exhibition at a number of the shows and thoroughly enjoys meeting and greeting visitors. 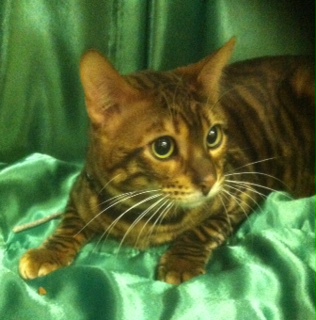