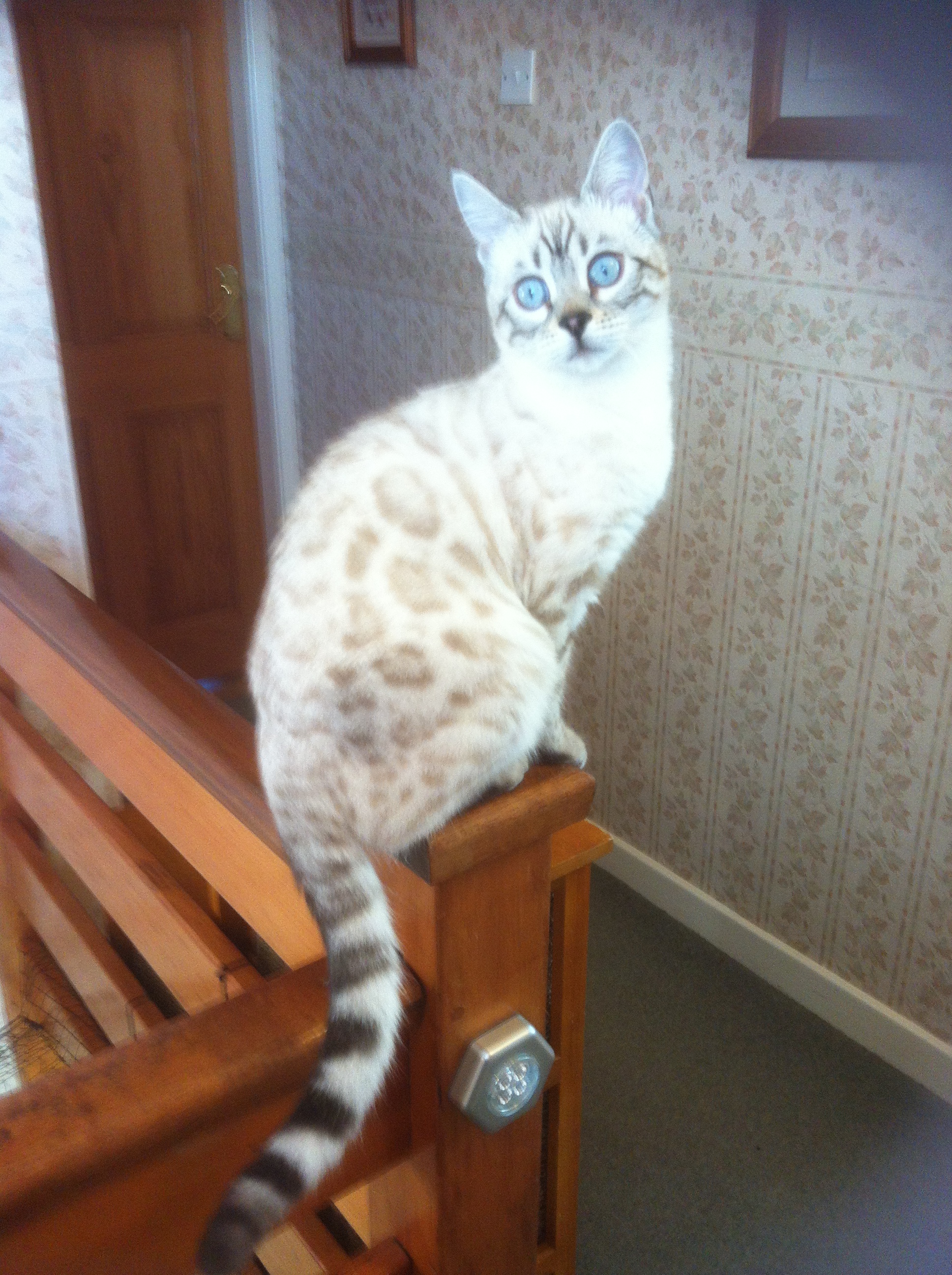 Skye is an adorable girl.  She has the sweetest face with a lovely rounded muzzle, gently curved profile and big sky blue eyes.  Her coat pattern is stunning. She has a very soft loving nature and endears herself to everyone she meets. We discovered she was actually a silver snow when she produced a silver kitten with Sultan.

Skye has done really well at her kitten shows winning Best of Breed every time shown including the Supreme 2013. She has also done well as an adult and is now a GCCF Champion and won BOB Snow Spotted Adult at the Supreme 2014. Since being re-registered as a silver snow Skye has won Merit awards and BOB every time shown.

Skye had her first litter of three beautiful snow kittens with Yogi in June 2014 and has since had two more litters. We hope she will have another litter with Yogi later in 2016. This mating produces stunning show quality blue-eyed snow and silver snow kittens.

Skye scanned normal again for HCM in March 2016. She has tested normal for both PKDef and Bengal PRA.