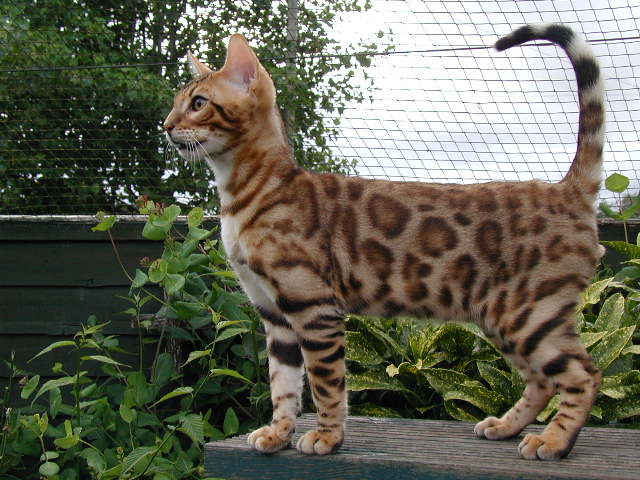 Sultan arrived here at the end of May 2011 and settled in very quickly. He is the most beautiful boy with fabulous coat texture and pattern and has a white tummy too.  He is adorably friendly and loves everyone - human or feline. He thoroughly enjoyed his kitten time indoors and it was a sad day when his hormones kicked in and he had to go and live outside.  However he soon got used to it with a nice warm cabin, big run and Lola and Bubbles for company.  He has grown up into a massive boy (some would say a bit plump!)  weighing 13lbs at 11months of age.

Sultan behaves impeccably at shows and won Best of Variety Foreign at Teesside CC in August 2011 and his first Challenge Certificate when he won his first adult class at the Supreme 2011.  As an adult Sultan quickly gained his Champion title and a Best of Variety award at Preston and Blackpool CC in 2012. After a few years off from shows, Sultan recently won BOB and his first Grand Challenge Certificate at Shropshire CC on 6/2/2016.

Sultan also enjoys going out on exhibition and meeting people when I am vetting-in at smaller breed shows - he entered particularly well into the Christmas Spirit at the Burmese CS Show in December 2011! 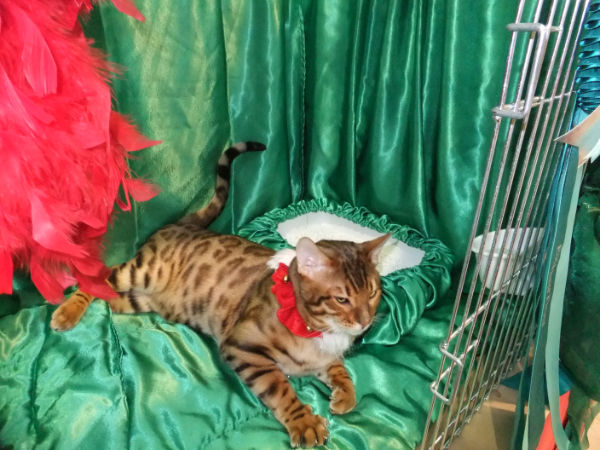 Sultan is not at public stud.

Many thanks to Gail Caldwell of Kiabindhi Bengals for sending this wonderful boy to Tobysden. 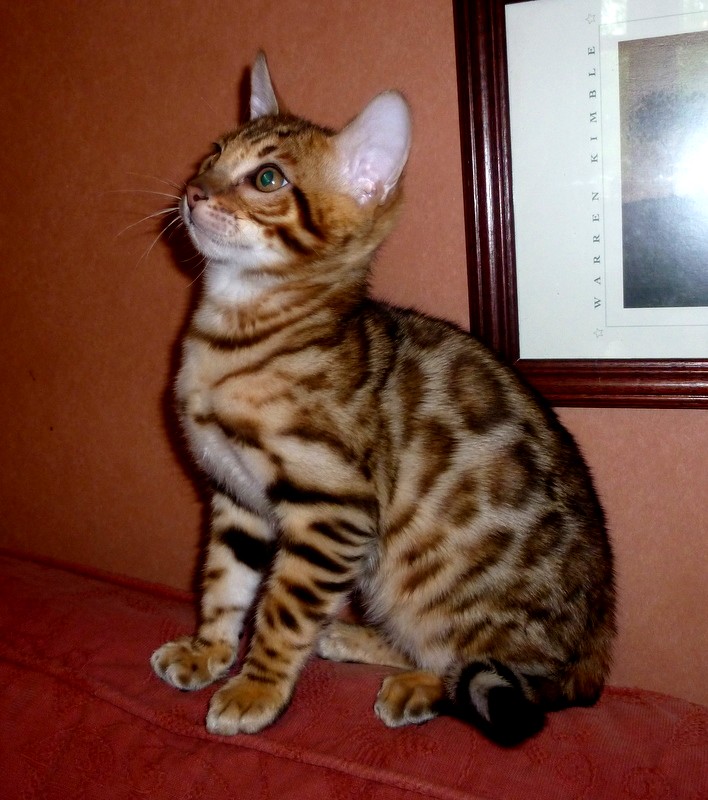 Sultan as a kitten

Pedigree of Kiabindhi Sultan of Swing