We have had three litters this year.  Katika and Ted had their first litter - just one boy (Tobysden Sir Tegyr aka "Tigs") who has turned out really well and won a Merit and a red card day at his first show. 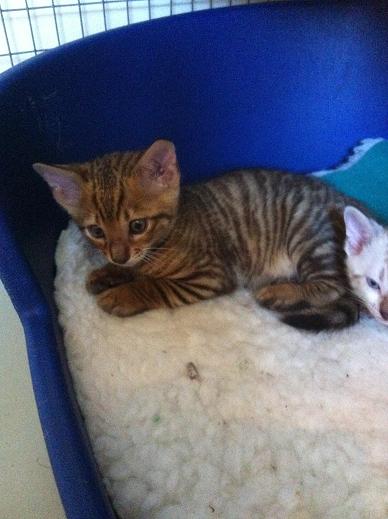 Sarabi had two beautiful kittens with Sultan including a little snow girl. She also took over from Katika who did not have enough milk and reared young Tigs with her own kittens. Flora had three lovely snow kittens with Yogi one of whom (Tobysden Starflower aka "Stella") is staying here as a future breeding queen. 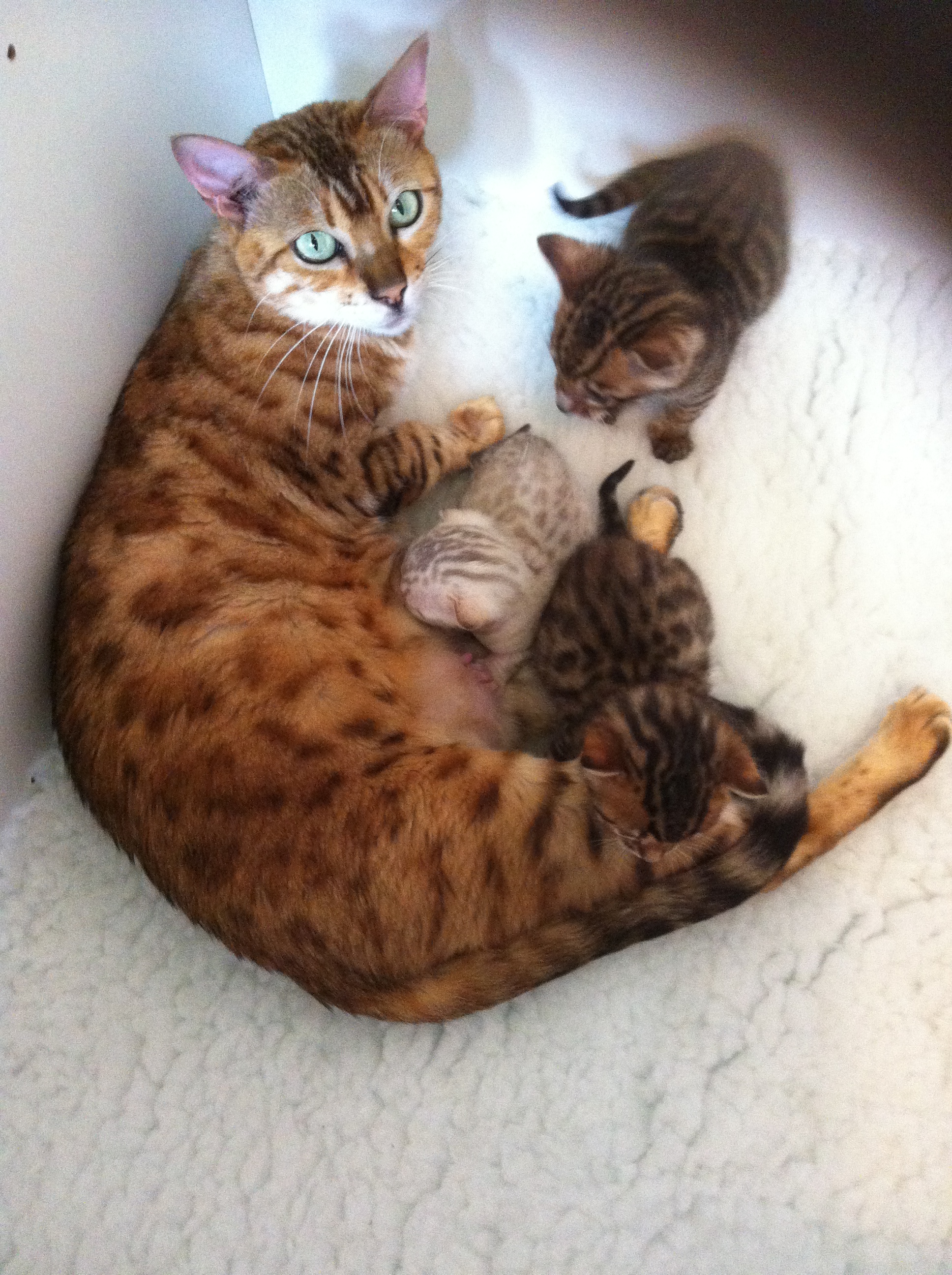 Sarabi with her three kittens

Autumn is a quiet time for kittens but we are hopeful Skye is in kitten to Yogi due around mid-November.  This mating produces blue-eyed snows and silver snows. 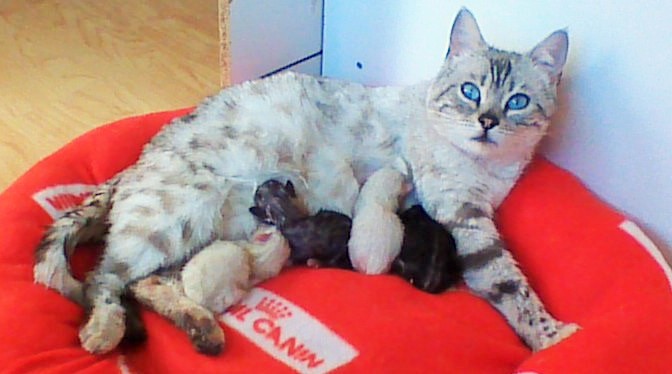 BACK TO KITTEN PAGE